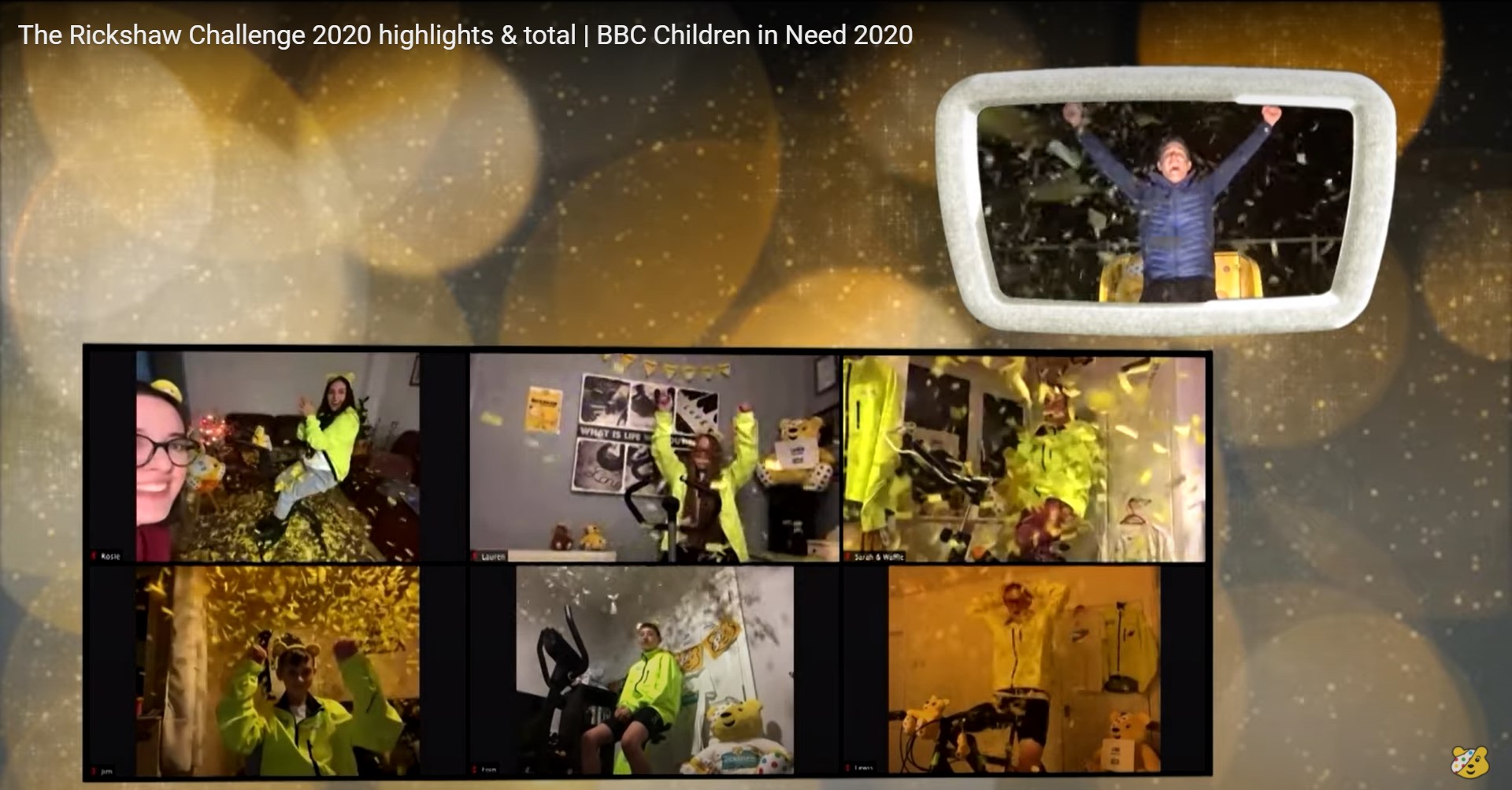 For Children In Need this year, Team Rickshaw, headed up by The One Show’s Matt Baker, intended to complete their 10th #RickshawChallenge, cycling the equivalent of the 332 mile distance from Edinburgh to London, within the grounds of Goodwood House.

Joining Matt on his team this year were six children previously supported by Children In Need.

With Covid restrictions in force, the team and film crew could operate in accordance with government guidance by staying in this controlled environment, observing strict social distancing and being regularly tested for the virus.

Sadly, following one of the routine tests, one of the crew tested positive and the decision was made to send everyone home.

Plan B was quickly enacted and exercise bikes were delivered to the homes of each team member so they could complete the challenge in the safety of their own homes.

Staying in contact by video chat kept moral high and encouraged them to smash the original planned distance and reach an incredible total of 830 virtual miles at the same time as raising over £4 million to help communities across the UK.

As Matt announced the grand total of £4,750,819, confetti cannons we fired at each location to celebrate their monumental achievement.

ConfettiSupermarket dispatched the cannons filled with yellow and black confetti to each of the team members’ houses. As Matt was outside, he opted for our Large Biofetti Cannon to ensure that the confetti would melt away with the first rain and leave no trace.

Watch their road to victory HERE and keep an eye open for our confetti cannons at 3:44.

To add a touch of Confetti Magic to your next event, visit www.ConfettiSupermarket.com or call 01582723502 for free and friendly advice.