If you’re marking the New Year at home with friends, make it super special by accessorising with decorations, special effects and party games. Create a party atmosphere like no other with these fabulous New Year’s Eve party accessories.

Big it up with balloons 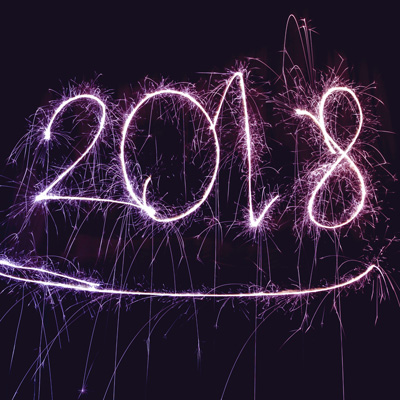 Oversized balloons have been one of the big party trends of 2017. Celebrate the New Year with a backdrop of giant number balloons spelling out 2018 – it’ll look great in all your photos.

Dress your table in style

If you’re hosting a New Year’s Eve dinner party, accessorise your table with some extra special tableware. If you’re going for a premium dining experience, hire some rose gold cutlery and matching napkins for a look that’s bang on trend. For a more informal look, go for bright colours and invite your guests to a table strewn with loose confetti and party poppers.

Roll out the red carpet

Look back on another year’s highs and lows by staging your own NYE award ceremony. Everyone can join in the fun by dressing up in black tie, while you create a ceremonial feel with accessories including a red carpet and mini awards. Awards can be genuinely heartfelt or a bit of a giggle; ideas might include anything from Best Dressed Couple to Worst Driver. Buy some cheap medals or trophies, snap away like paparazzi as your friends arrive at your door, and pop open some fizz for a New Year’s Eve to remember.

New Year’s Eve is a great time for party games, and here’s one that’s beautifully simple! The only New Year’s Eve party accessories you’ll need are a piece of paper or card for everyone, pens, and something to put them in, such as a bowl or jar. Invite everyone at your New Year’s Eve party to write down their New Year’s Resolution. When they’re all folded in the jar, pick them out one by one and take turns to guess whose they are. A variation on this game is to write down 3 resolutions: one that’s genuine and two phonies. Your friends then need to guess which is the true 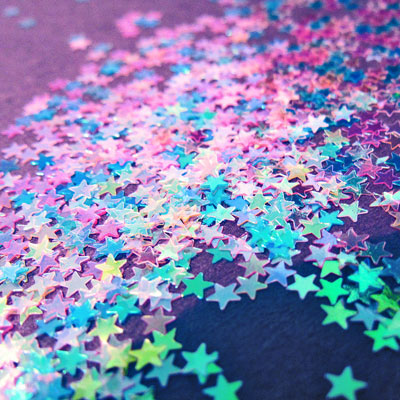 See the year in with a bang

Whatever your New Year’s Eve party theme, they all have one big focal point in common, and that’s the moment when the clock strikes midnight. How you mark the occasion is up to you. Our favourite way to celebrate the start of a New Year is with a magnificent cloud of confetti! Why not give out some handheld confetti cannons filled with silver stars to mark the occasion?

However you choose to see it in, we’d like to take this opportunity to wish you a very Happy New Year from everyone at Confetti Supermarket.