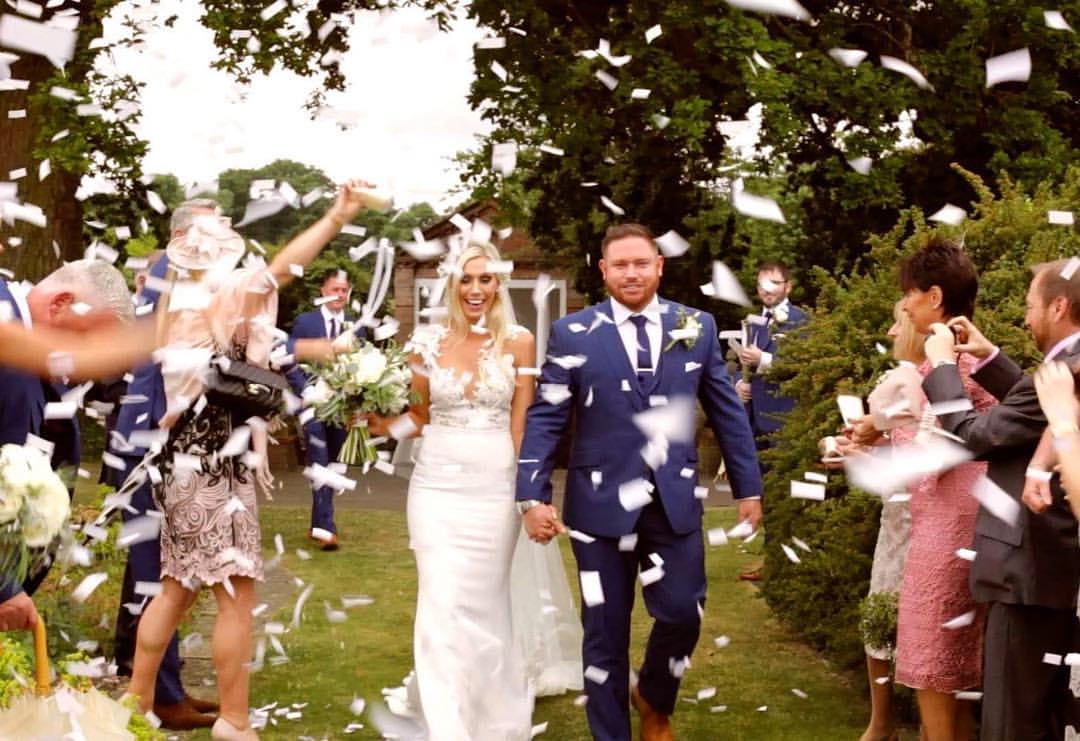 Well, apart from the obvious answer, 'the more the merrier', here is a little guidance as to how many confetti cannons you might need for your event.

Firstly, I always recommend firing the confetti cannons in pairs, crossing them over the area to be covered. It gives much better coverage and I like the symmetry; either side of a doorway or dance floor for example

Let's look at a number of scenarios:

For the first dance, two small confetti cannons crossed over the dance floor will cover the happy couple perfectly. If you would like to cover the whole dance floor, use medium cannons. And to fill the room, providing you have a high ceiling, use two large cannons.

There are plenty of other moments to celebrate such as leaving the church after the ceremony, arriving at the reception and cutting the cake.

If you are using the cannons outside, then large cannons are ideal as the confetti can fly high into the sky and cascade down for longer.

Fired in from both wings simultaneously, small and medium confetti cannons are usually fine depending on the width of the stage. 8m across, use small and 10m across, use medium. Point them up to a central point over the stage and you will get an even coverage as the confetti breaks up and falls as a curtain.

If you want the confetti cannons to fire out into the auditorium, large cannons will fire up to 12m, including the audience in all the fun. Streamer cannons are a good option for larger theatres as the streamers can travel up to 25m but are easily cleared up.

Generally, stick to small confetti cannons. Usually the shot is tight in on the subject, so larger cannons will simply fire the confetti out of shot. If you want more confetti in shot, fire more small cannons. Plan for a few takes as you are likely to adjust your camera and firing angle after the first shot of confetti.

Assuming that you are planning one big blast as the ribbon is cut, on the strike of midnight or as the final award is presented, then the main questions are how much room do you have and how big an area do you want to cover? Measure the space available and match the size of the cannon to the dimensions of the room. Small fire 8m, medium 10m and large 12m.

To cover more area, position staff around the venue and agree a cue to fire them all at the same time.

And finally, don’t under estimate the impact of two large cannons. You can easily stand 20m apart and fire them pointing up at 45 degrees towards each other for a really big effect.

Of course, the more you fire, the bigger the effect. We have supplied corporate events will 100 small glitter cannons that were handed to the delegates who fired them simultaneously on a given cue. The effect looked stunning as the room was filled from floor to ceiling, wall to wall with shimmering gold.