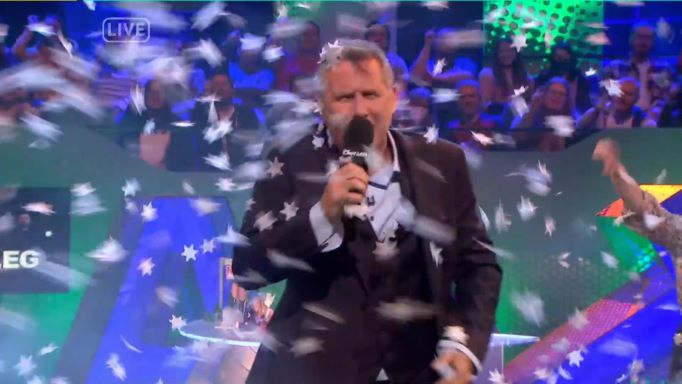 Late-night talk and sketch show, The Last Leg are regular customers, with ConfettiSupermarket’s confetti and cannons frequently featuring in the live show.

Whether it’s as a component of one of their sketches or using our hand-held cannons to close the show, the producers recognise the importance of reliability, especially with a live broadcast.

This week, as Adam gave a rundown of the show, the crew tried to distract him as preparation for his live coverage of the Super League the following day. Alex blasted him with SnowFetti using a giant wind machine and handfuls of confetti, while balls, water squirters, smoke and chants from the audience were fired at him.

Watch this week’s episode for more confetti action along with an edgy, offbeat look at the week’s news and events.

To add confetti cannons to your next event or production, visit www.confettisupermarket.com or call 01582 723502.