You’ve had the scan and you’re a paid-up member of Team Pink or Team Blue. Now it’s time to let everyone else in on your happy news. We’ll show you how to reveal a baby’s gender in style, with these stunning and dramatic baby gender reveal ideas. There’s nothing like an explosive moment to make your big announcement. Use confetti cannons filled with pink or blue confetti for a gender reveal that will go with a bang.

Everyone loves cake. So, a blue or pink coloured sponge, concealed beneath white icing, has always been one of the

most popular gender reveal party ideas you can choose. Have a cake cutting ceremony to let everyone in on your delicious secret. 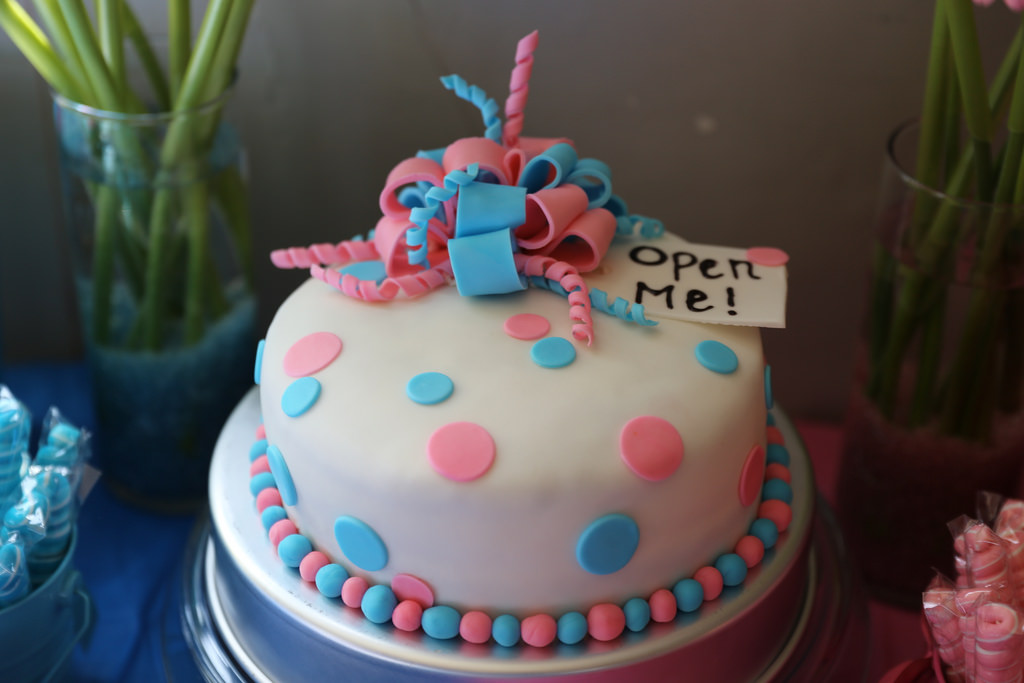 Sometimes it’s no fun keeping a secret alone. So if you want to find out your baby’s sex at the same time as everyone else, have your sonographer write your baby’s gender on your ultrasound picture, then open the envelope, award ceremony style, for an announcement in front of your guests.

A variation on the confetti cannon theme, piñatas make a great party centrepiece. Stuff them with girl or boy themed goodies and let friends and family work together to beat the truth out of the piñata!

News this special can feel like a gift. So, why not present the special people in your unborn baby’s life with a package they’ll never forget? Wrap up a gendered present, such as a picture frame engraved with ‘Grandson’ or ‘Niece’. Watch their faces as they open your unique offering.

5. Reach for the sky

Create an unforgettable visual scene for your baby gender reveal, with a helium balloon launch in a picturesque location. Choose pink or blue balloons and release them into the sky, creating a beautiful effect and a unique photo opportunity.

If you have an older child, include them in the big gender reveal by getting a T-shirt made especially for them. “I’m getting a baby sister” or “Baby brother due in April” will tell party guests or social media friends all they need to know. 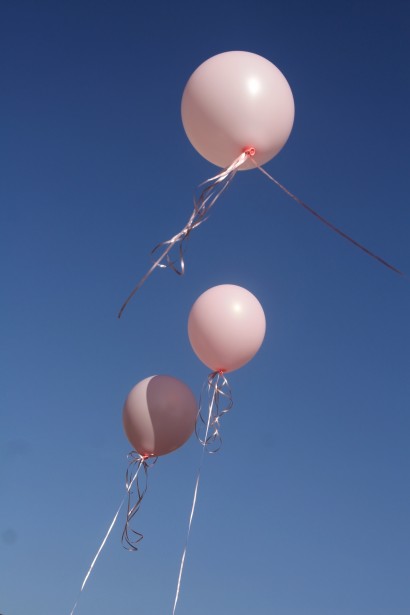 If your friends and family can’t be with you to receive your news in person, why not send them a scratch card? A winning baby gender reveal idea, this will build up anticipation and end in excitement for far-flung friends and relatives.

8. Light up their lives

There’s nothing more spectacular than a firework display. For the ultimate, epic baby gender reveal, gather your guests together to watch a colour-coded pyrotechnic show that will take their breath away.

This news is too good to reveal straight away! Have a bit of fun with your guests by making them guess the gender. Give prizes for those who get it right.

You found out with a scan. So, why not enable everyone else to share in the magic? For the ultimate dramatic touch, hire a sonographer and scan equipment to do the big reveal at your party. As baby gender reveal ideas go, it’s as special as they come.